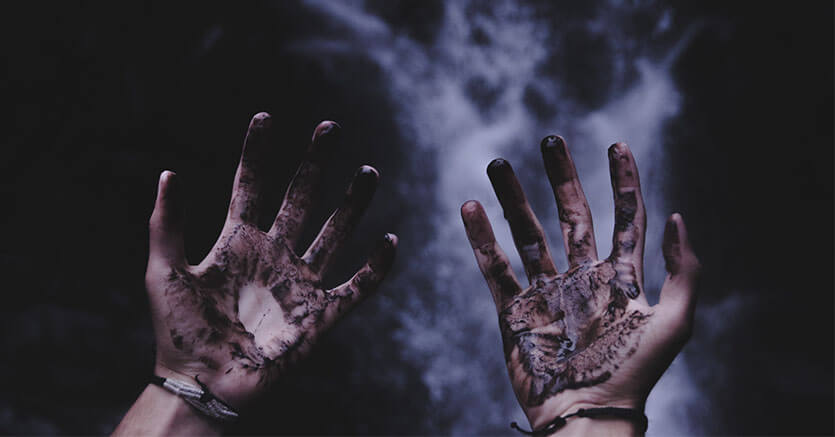 Ayn Rand made notes on the notorious child murderer William Hickman. Let’s see why she did so and whether it was admiration or not.

In 1927, twelve-year-old Marion Parker was at school as usual, until she was told by one of the school’s employees that her father had been seriously injured in an accident. One of her father’s employees had come with the message, and Marion left with the stranger. She was never seen alive again.

After a couple of days of trying to blackmail Marion’s family for money, the stranger, William Edward Hickman, strangled Marion to death. Hickman then mutilated the body and tricked Marion’s father into believing she was still alive when the blackmail money was exchanged. Hickman was later captured, convicted, and executed in 1928, and the story created great commotion in the United States.

What is the deal?

Ayn Rand wrote down thoughts about Hickman and the public’s reaction to his trial in her private notes, which have since been published in the book Journals of Ayn Rand . Here she writes different things, something of a positive nature and something of a negative nature.

That Rand has written in positive terms about a monster like Hickman is something a variety of opponents bring up every now and then, in an attempt to show how disgusting Rand is. Examples include the leftist wiki RationalWiki , the left-wing online newspaper AlterNet , the best-selling author Michael Prescott, and various debaters in online discussions.

What are the facts and what is the context behind Rand’s controversial notes? Let’s find out.

What did Rand say about Hickman? Here are some relevant excerpts from Journals :

«[The boy in my story is] very far from him, of course. The outside of Hickman, but not the inside. Much deeper and much more. A Hickman with a purpose. And without the degeneracy. It is more exact to say that the model is not Hickman, but what Hickman suggested to me.» (p. 22)

«[the reaction to] this case is not a moral indignation at a terrible crime. It is the mob’s murderous desire to revenge its hurt vanity against a man who dared to be alone. It is a case of ‘we’ against ‘him.’» (p. 37)

«Yes, he is a monster – now. But the worse he is, the worst must be the cause that drove him to this. Isn’t it significant that a society was not able to fill the life of an exceptional, intelligent boy, to give him anything to out-balance crime in his eyes? If society is horrified at his crime, it should be horrified at the crime’s ultimate cause: itself. The worse the crime – the greater its guilt. What could society answer, if that boy were to say: ‘Yes, I’m a monstrous criminal, but what are you?’

«This is what I think of the case. I am afraid that I idealize Hickman and that he might not be this at all. In fact, he probably isn’t. But it does not make any difference. If he isn’t, he could be, and that’s enough. The reaction of society would be the same, if not worse, toward the Hickman I have in mind. The case showed me how society can wreck an exceptional being, and then murder him for being the wreck that it itself has created. This will be the story of the boy in my book.» (p. 38)

«[The] claim that Hickman’s greatest crime is his anti-socialness confirmed my idea of the public’s attitude in this case – and explains my involuntary, irresistible sympathy for him, which I cannot help feeling just because of this and in spite of everything else.» (p. 42)

«There is a lot that is purposely, senselessly horrible about him. But that does not interest me. I want to remember his actions and characteristics that will be useful for the boy in my story. His limitless daring and his frightful sense of humor….» (p. 43)

«All the dirty stories about Hickman. In this case they are probably true, but how easily they could have been manufactured to throw dirt at the object of the public’s hatred (which will be the case in my book).» (p. 44)

Taken out of context, some of Rand’s statements in Journals can seem outrageous. But no people, and especially not Ayn Rand, say or write things out of context. So what is the context in this case?

In 1928, Ayn Rand was a 23-year-old aspiring author. She planned a novel called The Little Street, starring a character called Danny Renahan. The novel was never written, but in the notes we can see that the subject matter is humanity, distorted by a corrupt philosophy, which destroys the best of man to embrace mediocrity. The story in the novel reflects the theme, where Renahan is a person of great potential, but is destroyed by a hostile society.

Rand partly based Renahan’s character on William Hickman, or as she herself wrote: what the case of Hickman suggested to her.

If you read the section about The Little Street in Journals (available for free at Google Books), you can see that Rand has written in detail about ideas of theme, action, characters, and inspirations from the real world. This context is very important to keep in mind.

Throughout her career, Rand wrote many notes on events and people who gave her inspiration for strong literary means, whether there were exciting situations or interesting characters. Few things catch people’s interest and awe as crime and criminals—just think about how many people who are fascinated by gangsters, serial killers, and mass murderers in reality, and by The Sopranos, Dexter, or Hannibal Lecter in the world of fiction.

Rand was not enthused by Hickman, but she was fascinated by him for the purpose of writing and studying human behavior, choices, and actions. She observed people, their ideas and psychology—and Hickman and the case against him had certain features that could be used for a literary purpose. At this stage in her career, Rand was looking for maximum literary inspiration and chose not to problematize the romantic relationship people often have with criminals. The point was what Hickman’s case made her think about usable themes in a fiction.

Ayn Rand observed the public’s unison and strong condemnation of a single man, which inspired a similar scenario in The Little Street , only this time with a protagonist who was not “degenerate” and a “ruthless monster,” as she called Hickman. Thus, the particular case gave an idea of ​​a rotten society that transforms a potentially unique person into to a rotten human being—which society then condemns and destroys.

At the same time, Rand saw certain qualities in this one man, Hickman, who were independent of the brute actions he undertook—such as independence, boldness, frightful humor, and the ability to oppose the public. But she corrected herself and wrote that much of what she thought about Hickman’s character probably was not correct at all, but that it was irrelevant because she had been inspired to create a character with some of the similiar traits in a novel. Like Aristotle, Rand believed that the role of art is to show, not what is, but what can and should be.

Some academics, such as Diana Hsieh, Jennifer Burns, Chris Matthew Sciabarra and Anne C. Heller, have tried to explain Rand’s notes by referring to her young age, that she underwent a difficult period, or that she was influenced by Nietzsche. This may be true, but the easiest solution is often the best, and the simple explanation here is literary inspiration for a young aspiring author.

Ayn Rand did not admire the murderer William Hickman. On the contrary, she called him “a degenerate” and a “ruthless monster.” Hickman and the case against him gave the young Rand literary inspiration to a similar scenario in a planned novel, but with a main character with purpose and decency.

You have to understand why Rand wrote what she did and put it in the right context, and when you do, it is untenable to claim that Rand glorified a bestial killer.

So what’s the truth about William Hickman? – Objectivist Answers

How do Ayn Rand fans rationalize that she admired a serial killer? – Quora